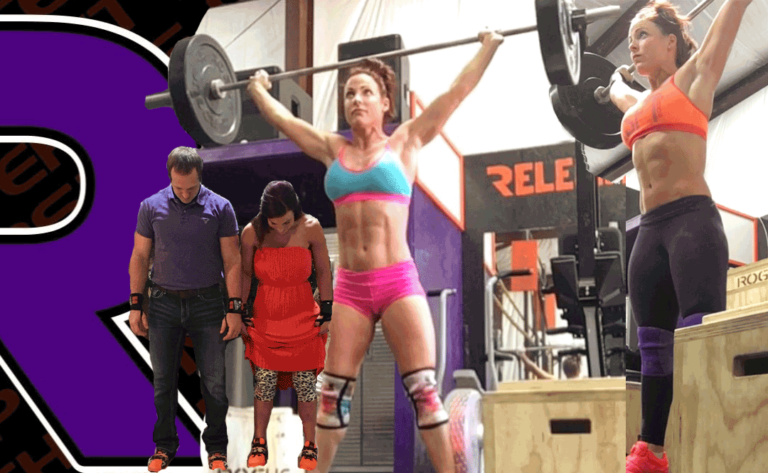 This month’s Athlete Spotlight is Michele Oller. We’ve had a distinct pleasure of working with Michele for the past 3-4 months and she has been nothing short of inspirational! We are really happy to have this opportunity to introduce her to all of you, along with her husband Colby, and the community of their gym: Relentless Athletics Durant

Michele started CrossFit at CrossFit Durant, a gym her now husband Colby owned in 2014, and she hasn’t looked back since.  She trains 5-7 times per week under Colby’s coaching, who is an amazing programmer and is also the main coach of their gym. Colby has a great eye for seeing what needs to be focused on during a lift. He often gives a single cue to an athlete that has failed a PR attempt and that helps them successfully hit the lift!

Among many amazing athletes in our sport, Michele looks up to the 2nd fittest woman on earth, Tia-Clair Toomey – “It just doesn’t get any more admirable than rocking The CrossFit Games and going to the Olympics for weightlifting!” (we happen to agree, that’s pretty bad-ass)

On her way to chase Tia, Michele wants to focus and refine her weightlifting in order to set some OK State Weightlifting Records, get to the American Open Finals and go to the CrossFit Games Regionals as a masters athlete in 4 years. Michele also plans on continuing to be a pharmacist while running their gym – not a simple task, and also becoming a mommy!!!

Brief History of the box:

It all started in 2011 at Colby’s garage named Southern Strong Fitness. In 2012 the gym became the first CrossFit in Durant and in southern Oklahoma as it affiliated as CrossFit Durant. Also in 2012, it was moved out of the 2 car garage and on to a new building in town. After 3 years as CrossFit Durant, the gym became Relentless Athletics Durant. Colby owned the gym when Michele decided to give CrossFit a try in 2014. She became one of the most dedicated members!

Colby was working as a Safety Specialist in the offshore oil business when a friend introduced him to “Fran” one day while he was at home. He was hooked from then on. Later that year, after leaving the oilfield, Colby decided his path was going to change. He decided he had found what he was meant to do. Six months later, Colby opened the original gym with a whopping membership list of 4 stay-at-home moms who didn’t want to lift weights!

The community at RAD is like a family, always being supportive of one another. Michele and Colby pride themselves on helping athletes of all levels reach their individual goals, whether it’s to get healthier, lift at a certain level, or just feel better and more confident.  One of their favorite things to do is to crank up some music, lift, and cheer each other on!

We are lucky to have come across such an inspirational duo and wish them nothing but the very best! If ever in town, please drop in Relentless Athletics Durant located at