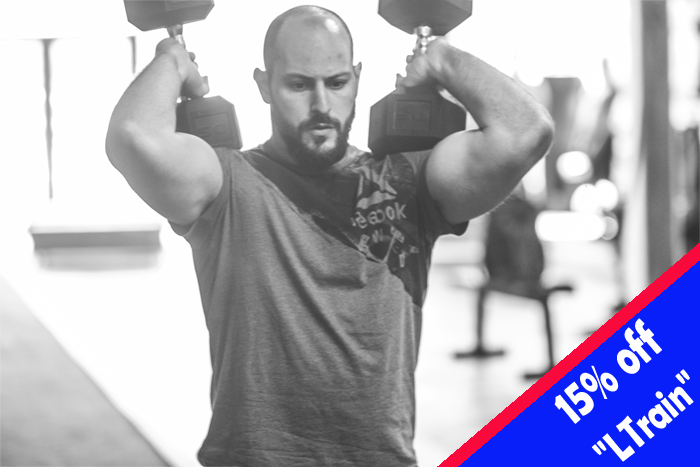 Every athlete has a unique story with their foray into the CrossFit world, and Jared Stein’s began on the CrossFit.com website.

As an athlete-turned-box owner, Jared’s journey began when a college teammate mentioned the main website to him back in 2008. Never having completed a WOD prior to this, Jared found himself confused by the language used on the site. After watching the videos and following the movements, he was instantly in love with the concept of lifting and conditioning in the same workout.

As his interest in CrossFit continued to grow, Jared decided to open a CrossFit box with his friend, Grig Mindlin. Jared and Grig met on Jared’s second day of CrossFit when they were paired together for a partner version of Cindy. Jared did his best to keep up with the more-experienced Grig in a foolhardy attempt. They have been friends since that workout.

The idea of jointly opening a box emerged when Grig moved to a part of Brooklyn that sorely needed a CrossFit box. He called Jared and the two discussed the idea—and three months later, their first location, WillyB CrossFit, opened its doors.

WillyB CrossFit opened without any members, but soon after, the classes began to fill. Eventually, Jared and Grig opened a second location in Brooklyn: LTrain CrossFit. Currently, between the boxes, there are 21 classes on the schedule each day, with Jared coaching anywhere from two to five of those classes.

From the perspective of programming classes, Jared has learned a bit about his community of athletes. When incorporating a series of mono-structural work, he has noticed that people tend to use that as a rest day and skip class. More notably, Jared has noticed that when thrusters appear, complaining quickly follows.

Currently, Jared trains once or twice each day and up to six days a week—depending on how he is feeling. Drawing from the programming from CrossFit Linchpin and CompTrain, he follows both workout models and does his best to work toward elite-level fitness. In doing so, Jared hopes to achieve a 500 lb. back squat.

Jared’s inspiration comes from his father, who is his role model. His father’s core tenets of doing things right, staying calm, and treating people with kindness are what Jared has integrated into his daily life. “If I can be half the man he is, I’ll have lived a good life.”

From a fledgling CrossFit athlete to a multi-box owner, Jared has learned quite a bit about himself and the community. Operating under the credo of “Move well, feel good, have some fun,” his focus is to keep customers happy and healthy—which, in turn, will ensure success for everyone. His professional goal is to expand his fitness brand throughout the northeast and continue to bring health and wellness to more people—while being sure to have fun in the process.

“It doesn’t matter how fast they are, how strong they are, or how many pull-ups they can do. If they are happy and having fun, they will forever be your athletes.”